Bruce Lipton This Is How Powerful Your Thoughts Are

And everybody goes, “Yeah, that’s called the placebo effect.”

And I go, “What does it really mean?”

And I go, “Well yea, that’s what placebo is all about.”

At least one third of all medical intervention is a placebo effect where the healing comes from.

Everyone goes, “Yeah, I know about the placebo effect…”

This is what we don’t talk about. But the reality is, it’s equally powerful in regard to affecting your biology as is positive thinking. But it works in the opposite direction. A negative reaction is called a “nocebo effect.” It can cause any disease, and you can die.

If you can believe you’re going to die, you can die from the belief. So we really have to watch out because, as psychologists would tell us, 70% of us or more of our thoughts are negative. They’re redundant. We are playing the same negative thoughts.

And I go, “If thoughts had nothing to do with it, fine.

But thoughts, positive or negative shape our biology and all of a sudden it says, “wow, now it’s time to wake up.”

Because our negative thinking is manifesting a negative life experience.

The only problem is this: when you invest so much money into a belief system. And if a belief system isn’t really right, you try to hold on as long as you can because you spent hundreds of billions of dollars in this belief.

But the reality is that it’s coming forward, and the public is just becoming aware of it. And it’s a revolution because if you believe genes control your life, you’re a victim of your heredity.

When I say, “Epi-genetic control,” literally it means control above the genes. And this is now what we recognize, that our environment, and very specifically, our perception of the environment changes our genetic activity.

Well I can start with the same genetics like with my stem cells. Same genetics. But it’s in the environment in which the genes are found that will determine the character and expression. What people have to understand about epigenetics is that it changes the reading of the gene. It does not change the gene.

If you’re born with gene X. You’re always going to have gene X. But how will it express itself?

Well it’s based on your life, your character, your behavior, your environment. It’s genes plus environment. If it was just genes, then I would be able to tell you, “here’s exactly what’s going to happen.”

But most of that is changeable by how you live and where you live.

All the other diseases are a multiple genes. Cancer is a minimum of 14 genes. So that’s not an accident. You can’t change one gene and get cancer. You have to change 12-14 genes. And all of a sudden, probability…

Is it chance? No. We are creating a cancer.

Bruce Lipton This Is How Powerful Your Thoughts Are 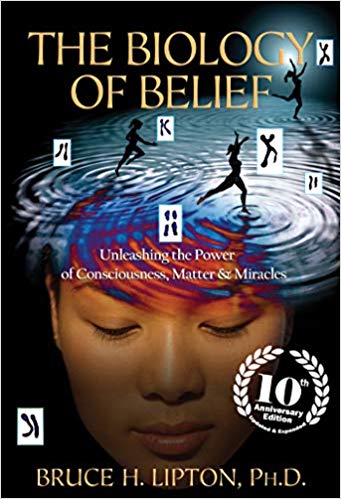 This site uses Akismet to reduce spam. Learn how your comment data is processed.

Recommended for You
Topics
About Us

Better Consciousness is an online community everyone. We share our experiences and insights on awareness from around the world.